Saturday Niners - Half a Century Young

It all started in the old Deer Lodge Curling Rink located at the corner of Lyle and Bruce streets. The year was 1951. That was several years before they built the present building.

The group of men that got together just wanted to curl and share some good fun and fellowship on a Saturday morning. Little did they know those early beginnings would develop into one of the most popular men's curling clubs in Winnipeg. The original group was mostly friends and neighbours living in the old Deer Lodge community. They had four teams to start.  Within three to four years, the number rose to eight teams.

When the group's history notes were first written by Ted Gallagher and Larry Eggertson in 1984, six of the charter members were still curling with the group after thirty years. Their names were Roger Depres, John Borlase, Ron Sproule, Andy McKenzie. Joe Petrie and Ted Gallagher.  Some other members of the original group were Jim Symons, Bill Toothill, Earl Payne, Dave Prentise, Lynn Davies, Dick Earle, Jim Patton and Garnet Fry.

In 1955, some of the members of the Association of Commercial Travellers (ACT) Sunday curling league joined them. Doug Brown and Jack Forrester were instrumental in bringing over several others, Len Kavanagh, Sherm Black, Herb Lizette, Norm Esdale, Lorne Shaw and Dick Boyd.

The present Deer Lodge Curling Club was opened on the new location (Woodlawn & Ness) in the fall of 1957.  The Saturday Niners, as it was later named rented four of the six sheets of ice and wanted more.  But, the other two sheets had been rented to another group.  Shortly after Christmas, the Niners were able to rent and fill all six sheets and the group has never looked back since.

In the 1958-59 season, more Travellers joined. These included George Bennington, Larry Eggertson, Ben Desrocher, Ken Sutton, Jack Nixon, Fred Lane, and Al Cummings. It was also around this time that Al Hanson, Jack Sinclair, Jack Brown, Bob Cochrane, Jim Will, Jack Mutton and Bill Blore joined.
The name "Saturday Niners" was adopted in 1960. Crests were designed to commemorate the occasion and the tradition of fun, fellowship and good curling has carried on to this day.
The Christmas party and final Windup held in those early days started a tradition that has continued. Some of those parties lasted to the wee small hours of the morning and created their own stories. To celebrate birthdays and special events, a bottle often appeared during morning games.  Later, after new liquor laws came into force, most of the boys would adjourn to the Big "A" where reviews of the game often lasted until late Saturday afternoon.

In certain years, the number of sheets of ice used moved down from six, back up again and
now down again to the present five sheets in use. For several years the group held a golf
tournament to bring members together during the warmer time of the year. It seems the same
number of stories about missed shots turned up during the post golf sessions as during the post curling parties.

Two companies that contributed to the club's early success were Merchants Consolidated and Tees & Persse. The trophies handed out at the conclusion of each year carry names of firms and individuals that also played a part in the group's success.

Today, ten teams of Saturday Niners curl 21 Saturday mornings from October to April. Many of those named above have passed on and have been replaced by other members, many of whom also volunteer their time to run the various events. But, it's mainly due to the successful efforts of those far-sighted builders over fifty years ago, that the members of the Saturday Niners continue to enjoy good Saturday curling and great fellowship at Deer Lodge Curling club.

Prepared from material by Ted Gallagher and Larry Eggertson (1984) by Harold Dodds, President 2002/03. 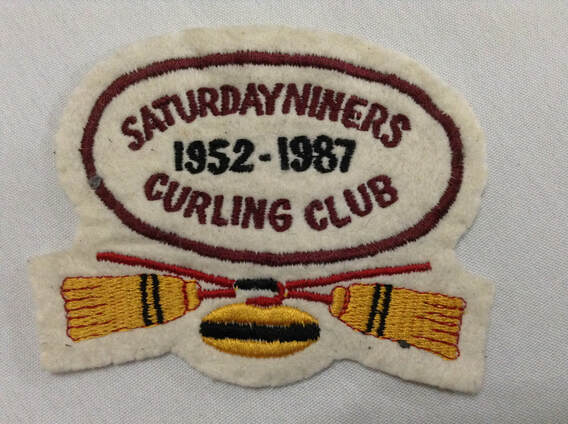 Learn From the Best

Edit this text to make it your own. To edit, simply click directly on the text and start typing. You can move the text by dragging and dropping the Text Element anywhere on the page. Break up your text with more than one paragraph for better readability.Visitors want to know more about a company. Make this text focused, direct, and informative. Tell the
​users how the company was started, what the team looks like, and some of your core values.